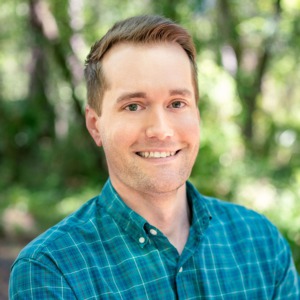 I was born in northern Texas but spent most of my childhood just outside of San Francisco, California. By the time I started high school, my family had relocated to the Orlando area. I moved to Gainesville to attend the University of Florida, where I received my bachelor's degree from the College of Agricultural and Life Sciences.

I developed an interest in residential energy-efficiency and sustainability over the course of my studies, which led me to volunteer with the Community Weatherization Coalition (a grassroots coalition that helps locals lower their energy bills) after graduating. This volunteering opened up an opportunity at Gainesville Regional Utilities where I began working in their low-income energy-efficiency program. While at GRU, I coordinated improvements on nearly a thousand homes and spent much of my time exploring and familiarizing myself with the city.

As gratifying as my GRU work was, I had also been playing music since childhood and was interested in pursuing it more seriously. I left GRU and spent the next half-decade performing, recording and touring in numerous local punk and alternative bands.

During my time in a band and working at GRU, I  became more and more enamored with the greater Gainesville area, learning to appreciate the perfect mix of beauty, coziness, and convenience the city had to offer. Eventually, I decided to leave music as a part-time endeavor and transition into a career in real estate. My parents both had a deep curiosity for real estate and I wound up inheriting that same fascination.

Because we had moved around a fair bit while I was growing up, I had early and regular exposure to the excitement and stress that accompany selling your home and buying a new one. The idea that I am able to help make that process easier and more comfortable for others is incredibly gratifying. When I'm not working, I am usually found performing or attending shows at one of Gainesville's many great music venues, enjoying a beverage from one of our outstanding local breweries or taking in the scenery in one of the area's countless parks and trails.